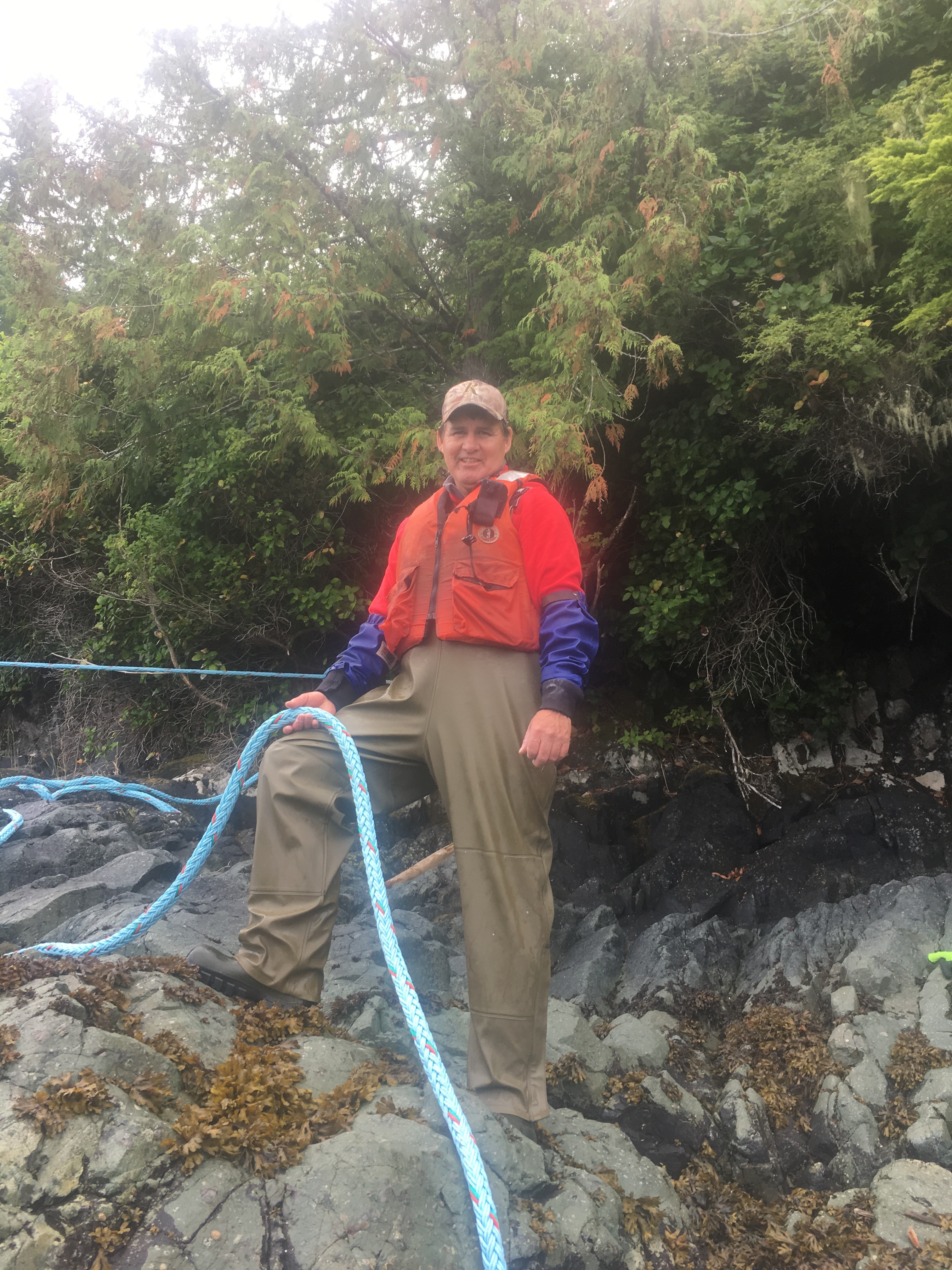 Most summers, the docks in Alert Bay are bustling. Fishermen banter with friends and family. Boats steam towards fishing grounds on the North Coast and in nearby creeks and bights. Salmon, halibut, herring – the coastal wealth they’re harvesting will (hopefully) fill freezers and bank accounts and sustain fishing skills and cultural knowledge that have nourished the community for generations.

It’s a ritual Randy Bell knows well from summers spent fishing with friends and family, but the Alert Bay resident and community employment officer is worried. COVID-19 has decimated markets and stalled travel and gatherings the length of B.C.’s coast. Alert Bay has been hit particularly hard, reporting the first outbreak and death in a remote coastal B.C. First Nation. The wealth and knowledge that fishing provides to his community – food, income, social connections – is threatened by the pandemic.

“The social and cultural impact will be huge,” says Bell over the phone. Up to half of the community’s commercial fishermen could be pushed out of the industry permanently, and young fishermen would be particularly vulnerable. Losing them would be a major blow to the community’s resilience and cultural well-being. “I know other First Nation communities where they have no harvesters, they have to phone another First Nation to get their food. We’re not very far away from that.”

Salmon stocks are in decline throughout the province – except on the Nimpkish River, near Alert Bay. That population is growing thanks to ‘Namgis stewardship and a decades-old hatchery program run by the nation and in 2019, it was the only river system in B.C. with strong returns. Still, the program is threatened as the number of fishermen in the community decreases. With fewer local young people learning the skills and knowledge needed to care for the river and its salmon in the future through time on the water, Bell anticipates a future lack of ‘Namgis capacity and leadership in the community’s stewardship program with devastating effects on salmon populations.

COVID-19 is also exacerbating systemic issues that have undermined the viability of small, independent fishing businesses – the community’s backbone – for years. Starting in the mid-1990s, access rights to most B.C. fisheries were privatized and purchased by investors and corporations, who then leased them back to local fishermen. In their eyes seafood was a global commodity, not an essential part of B.C.’s coastal food system and cultural well-being, and they prioritized profits at the expense of the coastal communities like Alert Bay. The result: few young people are entering the industry and learning the skills and cultural knowledge needed to sustain the community’s long-term resilience and health.

“The expertise to fish lives here, breathes here,” says Bell in reference to the older generation of fishermen who make up most of the fleet, and many of whom are near retirement. “In probably ten years, there won’t be a lot of them left to pass on that expertise. That’s the scariest thing. Those skills will only be passed on if we have some boats that can provide those opportunities.”

That education usually happens on the water, where it’s woven into a summer travelling up and down the B.C. coast fishing and connecting with friends and relatives in other communities. Alert Bay is relatively isolated for much of the year, and Bell is also quick to note that the psychological importance of these annual visits shouldn’t be underestimated. Fishing can be isolating sometimes, but it also supports otherwise rare, in-person connections across vast distances many older fishermen have maintained for over 50 years.

“It’ll be a hard thing, if these guys have to sit at home and isolate for a whole summer. That’d be pretty devastating. I think we have to figure out a way to get them outside and doing what they love to do.”

Bell is looking into ways that could happen. He expects the pandemic will force about 10 working fishermen to remain in the community who might want to teach young people land-based fishing skills. While still at the brainstorming stage, he envisions workshops where older fishermen could guide newcomers through the process of building gillnets or repairing a seine. Of course, participants would have to be gloved, masked, and remain at least six feet apart, but Bell expects it could provide a valuable opportunity for learning and community building that could help bolster the number of young fishermen in the community.