It wasn't on the radar 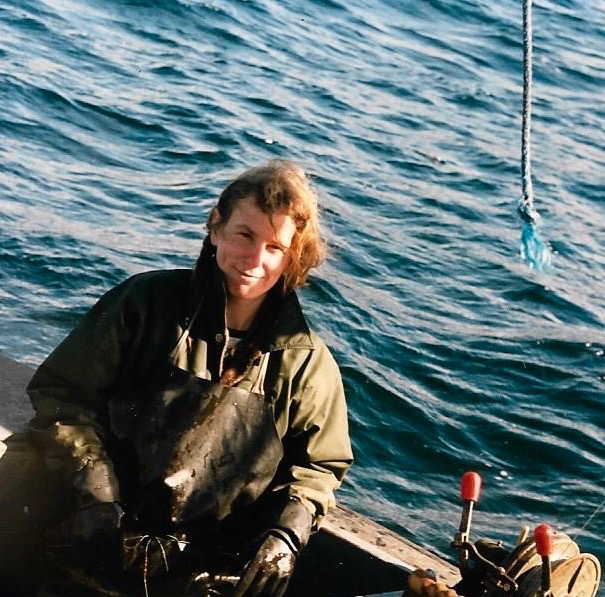 Enthusiasm and elbow grease got Laura Moore into fishing almost thirty years ago. They’re the only things about the industry that she hasn’t seen change during her time on the water.

Originally from Ontario, Moore washed up in Prince Rupert during a cross-country trip with a friend in the late 1980s. The town was booming at the time, as hundreds of fishermen, cannery workers, and loggers converged on the northern B.C. hub.

“We were short of money and wanted to get to Whitehorse,” said Moore. “People said you could get work here in the summer. It was easy: in three days we were working at a cannery.”

Moore swiftly left the job to get out on the water, where she worked for the next 15 years on a commercial fishing boat. It was era where more women were starting to work on the water—though even now, the industry remains far from having equal gender representation.

Moore was one of these early fisherwomen, and the job quickly became a way of life. She moved out to a remote island south of Prince Rupert, Porcher Island, and established a smallholding there. At the time the salmon season spanned almost six months, and its rhythm defined daily life on the island.

“You get up early, just before dawn,” said Moore describing the fishing lifestyle that built her love of the North Coast. “The gear goes out before anything and you just fish all day. Hopefully you’re catching something. If you’re getting fish you just start working, cleaning and hauling and freezing, and you work, work, work. You work until ten at night, until dark. Then you crash.”

Yet there are moments of magic that make up for the difficulties—including one this summer.

“It was dark and I was at the wheel,” said Moore. “I saw something come out of the corner of my eye. There was just enough moon that you could see this white fluke, and it just flapped down—I don’t know if it realized the boat was so close.”

She laughed. “It wasn’t on the radar!”

That fishing lifestyle—the moments of magic, the boredom and exhaustion, the connection it fosters to the sea, the food fishermen offer to their community—are what drew Moore back to B.C. from Ontario, where she’d returned to in the early 2000s.

“I thought I could still make my living fishing, see what the changes are, see what’s really going on. I just really missed it and loved the lifestyle.”

That was four years ago.

“I liked it here so much I still haven’t been to Whitehorse.”