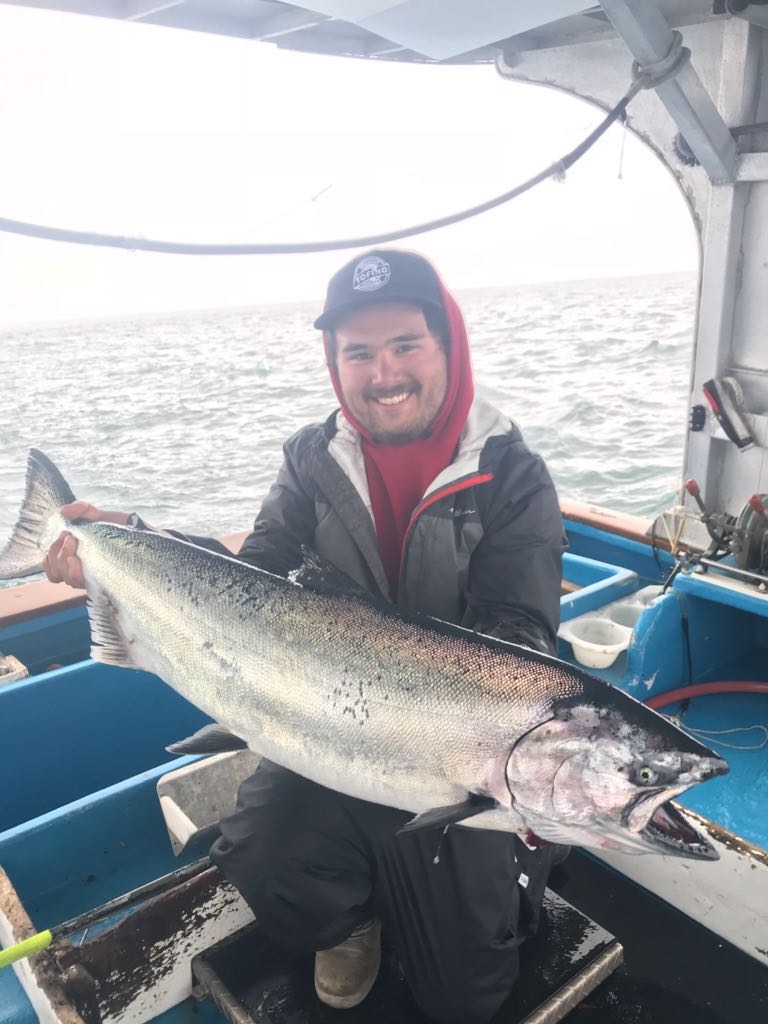 In 2018, B.C. fishermen harvested wild salmon, swimming scallops, and dozens of species in between. In all, they landed close to 196 300 tonnes of wild seafood, worth about $48 million to the province’s fishermen – yet in BC, it’s difficult to buy fish harvested outside our front door. Most of our fish is exported to the US, China, and close to 80 other countries, while the majority of the fish consumed by BC residents comes from overseas. Why?

This blog series features several BC fishermen who are trying to sell more of their catch locally. These efforts have included everything from community-supported fisheries to making dock sales on a tour of the Gulf Islands.

Every summer, Kingsley Bryce spends several weeks bobbing over 200 miles off the Washington and B.C. coasts looking for albacore tuna. The open sea is one of his favorite places, but late this fall it faced some stiff competition: the southern Gulf Islands, where Bryce spent a few weeks selling his catch from community piers.

It’s a new sales technique for the B.C.-based 2nd generation fisherman who grew up fishing with his father, as most of his sashimi-grade tuna catch goes to B.C. restaurants and a handful of fish shops. It’s a successful strategy, but this year, he also wanted to try something new.

“We did a bit of advertising,” he says. “It’s so easy these days with social media. Each Gulf Island has its own sell and trade group or noticeboard on Facebook. A good part of our business from that trip came from social media posts.”

About 244 boats participated in the province’s MSC-certified tuna fishery last year. Of these, 45 vessels are eligible for a special permit to fish in US waters between June 15th and September 15th each year. Bryce is among the special permit holders, and explains it helps him keep a steady income through years when other fisheries in B.C. aren’t as productive.

Advertising on social media was probably a good way to reach B.C. residents directly, as only a fraction of B.C.’s relatively unknown $17 million tuna fishery are dock sales. Most of the roughly 93 000 tons landed in the province annually over the past decade is canned or sold directly to restaurants, though some harvesters like Bryce have been experimenting with dock sales and small-scale, value-added products.

“It’s really the lowest-impact commercial fishery,” Bryce explains. “It’s all hook and line – just a few lines dragging on the surface with a few weights that look like fish. We tow them around on the surface and when the line goes tight, we pull it in. The majority of our market is sashimi-grade tuna loins. But we also do cold-smoked loins, and both regular and smoked canned product.”

Tuna are a carnivorous, migratory species that follow warm waters north as the summer progresses. They live offshore, searching out places where warm and cold water meet and create highly productive environments teeming with small fish and plankton. The fish move quickly, and Bryce says its common to find feathers stuck between their teeth from unsuccessful attempts to eat seabirds. These discoveries are windows on a oceanic dramas invisible to most landlubbers, and they’re one of the reasons Bryce loves being hundreds of miles out at sea. Still, cruising around the Gulf Islands was a nice change for Bryce – and one he might repeat next year.

“You spend time on the boat and you get a good sleep evening. It could be worse.”