Freezers, delivery vans, and other hurtles to selling local fish in BC 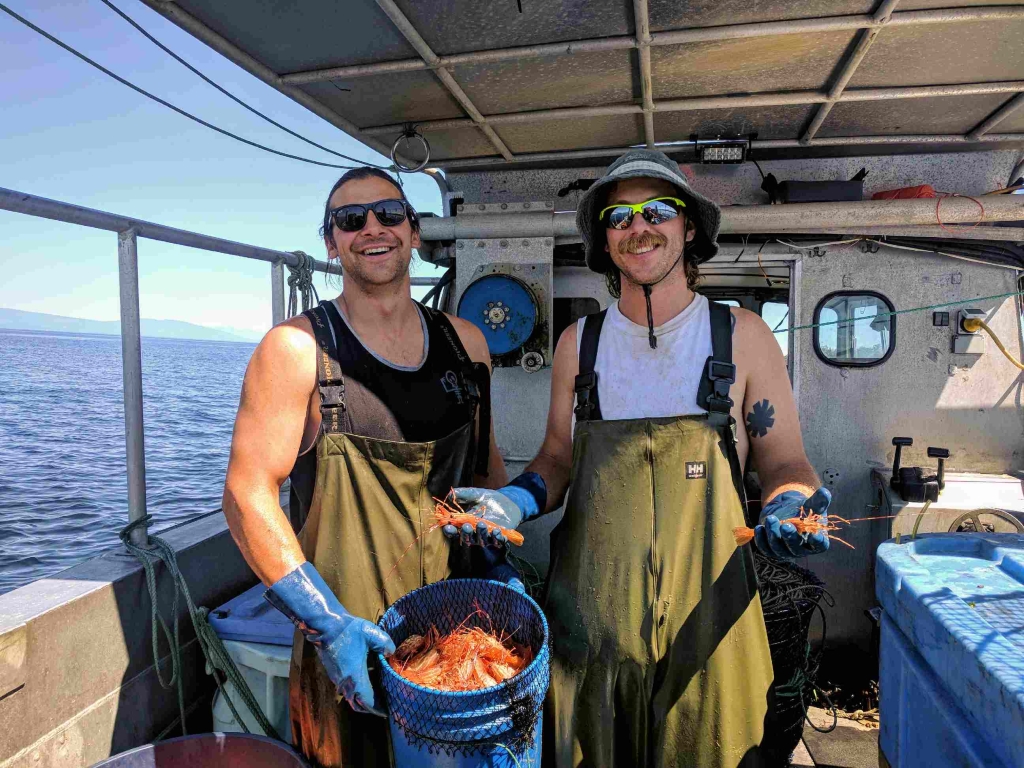 Fraser MacDonald needs a big freezer. The Vancouver-based tuna and prawn fisherman is trying to sell more of his catch in B.C., but first he needs somewhere to keep his catch until it sells. He could rent space in an industrial-scale freezer facility, but this option doesn’t offer the 24/7 access he needs to supply the B.C. market he wants to serve. Buying his own cold storage unit – an investment of at least $18 000 – is a key step to growing his locally-focused fishing business.

Finding cold storage is one of many challenges facing MacDonald. Over the past 30 years, B.C.’s seafood distribution and processing chains have become increasingly consolidated and focused on high-volume export markets. These shifts have been felt both by fishermen – many have been pushed out of the industry unable to compete with corporate interests – and by the seafood enthusiasts, who increasingly can’t access local fish, and have painted the whole industry in a negative light.

“There’s so much mis-information around commercial fishing,” he explained over the phone. While acknowledging that there are sustainability issues with some industrial-scale fisheries globally, MacDonald noted that most independent fishermen in B.C. can’t be compared to these high-volume, low-quality fisheries. “We’re on small boats with small crews, have low catches, and have incredibly robust management and oversight. It’s quite artisanal.”

The challenge facing MacDonald is developing an affordable processing and distribution model at his business’ smaller scale. In addition to needing 24/7 access to cold storage, he’s required to have his fish processed at a Canadian Food Inspection Agency-certified facility. Most facilities in the Lower Mainland primarily serve large clients, pushing his relatively smaller orders down their list of priorities. He currently sells his catch both to wholesalers and directly to some local fishmongers, chefs, and individuals. Still, eventually he hopes to sell almost entirely in the B.C. market – meaning he will need a refrigerated truck and an employee who can drive around the Sea to Sky and Lower Mainland managing deliveries.

“It’s a lot of upfront costs,” he says. “I’m trying to balance not doing it all at once and breaking the bank, but also spending the money when I need to so that when I have all the pieces, the whole system will work.”

However, he expects that once he can get his supply and distribution chain up and running, his catch will fly off his cold storage shelves. In the last 10 years, his sashimi-grade tuna has become increasingly popular in B.C. The market for spot prawns and octopus – bycatch from the prawn fishery – is also thriving, with chefs and fish lovers throughout the region seeking out these local marine delicacies. After covering his operation’s upfront costs, MacDonald also expects to turn a larger profit from his catch as the local market is more lucrative per pound, and controlling processing and distribution also eliminates commissions that often go to middlemen in the seafood supply chain.

“If we can get more people to enjoy high-quality seafood caught here, the more they’ll understand that what we’re catching is good,” he said. “It doesn’t have the carbon footprint of seafood imported here from abroad, and when you eat from your environment locally, you care more, you’re more engaged with the political process, and you’re more engaged with your environmental impact.”