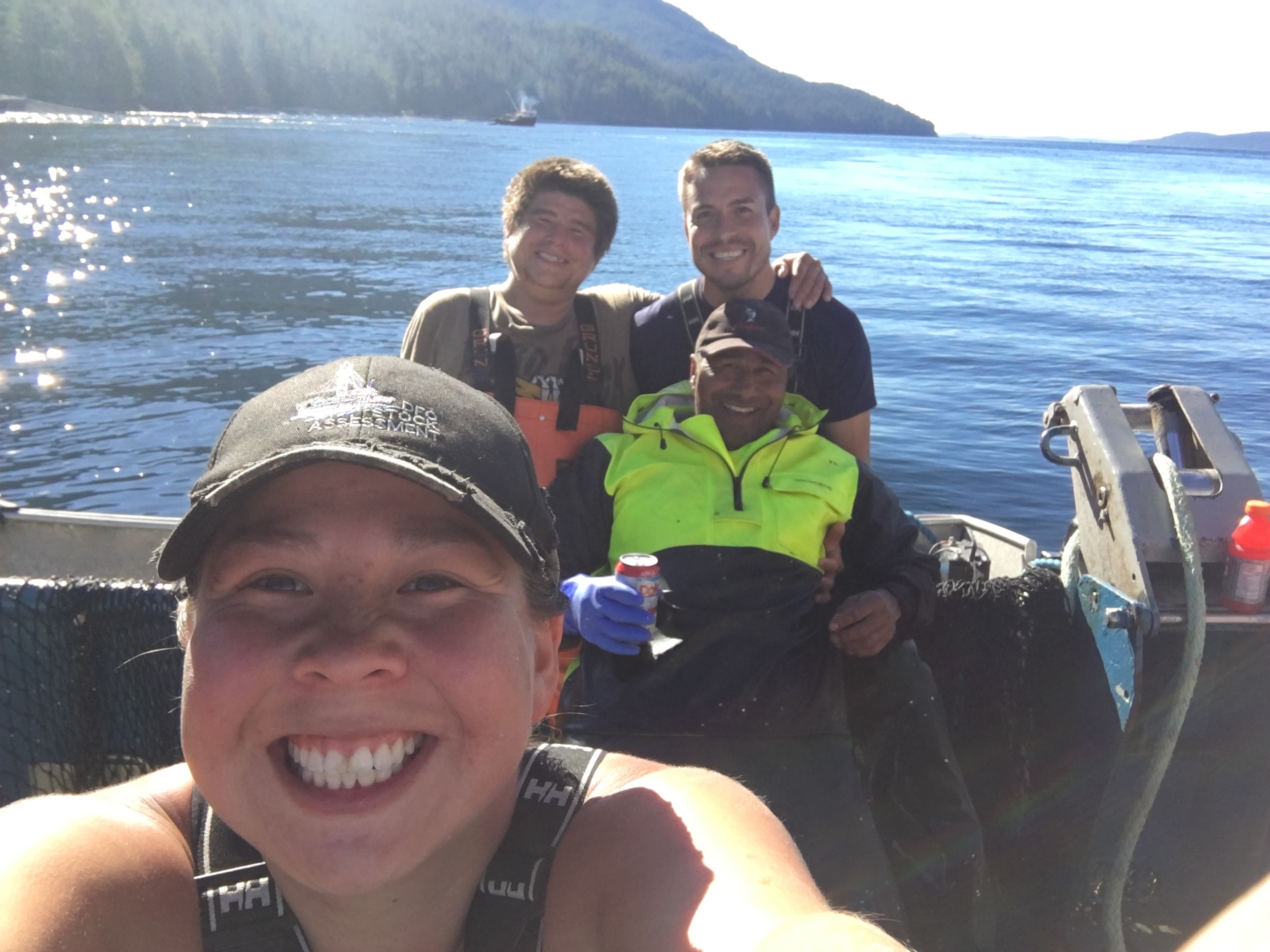 Helen-Anne Beans was three years old when she started fishing. It was inevitable – her family has been involved in the commercial fishery for generations, and each summer they’d head out from their home in Alert Bay to fish the B.C. coast.

By the time she was a teenager, Beans was on deck helping sort and kick fish into the hold.

“They wouldn’t really be lessons,” she said with a laugh about her early education at sea. “It’s monkey see, monkey do.”

Those lessons stayed with her, making it easy to start working full-time with her grandfather after a few years’ hiatus during high school and college. This time she joined many of the other women working in the seine fleet and took on more difficult and interesting jobs.

“I’d say three-quarters of all seine boats have a female on board – they always have. They’re running the drum, or on the winch, there are even women tying up – being the beach-man.”

Beans’s family works primarily in the seine fishery. It’s the most mechanized – and dangerous – salmon fishery, largely because it relies on heavy nets, taut lines, and mechanised winches.

The technique uses a purse seine, which Beans explains is a large bag-shaped net, with a drum and a winch to help close a set. Each set starts with a crew member, dubbed the beach-man, going ashore on a skiff to tie the beach line on a strap laid over an on-shore anchor like a tree or large rock. The other end of the net remains tied to the main boat’s drum, as it pulls away from the shore to stretch the net’s opening perpendicular to tidal currents running along the shore – and the salmon riding them. The water passes through the net; the salmon don’t.

Once the skipper decides to close up, the running line attached to the beach end is pulled taut and the seine boat turns into the beach, towards the net. The running line eventually pulls up the end of the net into the boat, which is hauled in with the drum to “purse up” – to close the bottom of the net and trap the salmon inside.

The fish are then brailed into a sorting box, sorted, and stored in slush until they can be offloaded, and the net is set again. It’s fast-paced, rewarding work – even if the money can vary from year to year depending on the strength of the runs and the price of salmon.

“I love seining salmon. Everybody has their own jobs, and nobody even really has to talk in our crew. We just pull it off again and again all day long. Kinda like magic.”

Fortunately, it’s magic that can be learnt. Aspiring fishermen don’t need to start fishing school as toddlers to get out on the water. Beans recommends getting a deckhand ticket, a Marine Emergency Duties 3 (MED 3) certification, a Marine First Aid course, and obtaining a radio operator’s licence. The industry is short on workers – she recommended talking to crew and skippers to find a boat that would be a good fit.

“Just take a chance and go, if you wanna. Payoff is good and life is good on the boat!”